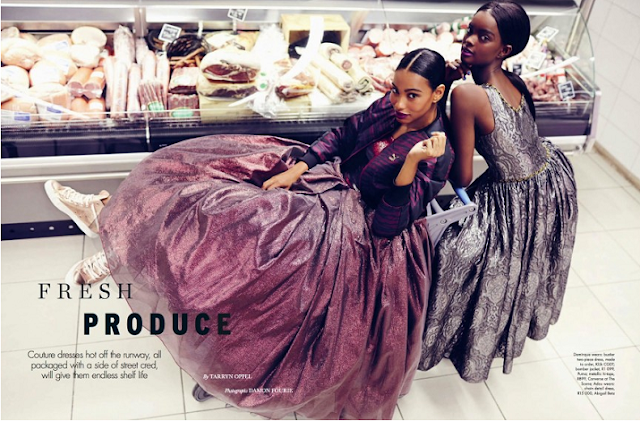 Hmm, I have a feeling Karl Lagerfeld might have started something when he decided to have the Chanel Fall 2014 Ready-to-Wear show inside of a readymade ‘Chanel Supermarket’ – couture gowns and produce are officially a ‘thing’. Elle South Africa recreated the idea of grocery couture with it's latest editorial staring South African beauties Dominuque and Adau Mornyang for the magazine’s July issue. Shot by Damon Fourie and styled by Tarryn Oppel, the girls pose in couture appliqué gowns and tulle skirts plopped down next to boxes of Rice Krispies cereal and toilet paper – which basically sounds like my typical Sunday morning after a night of vodka sodas. 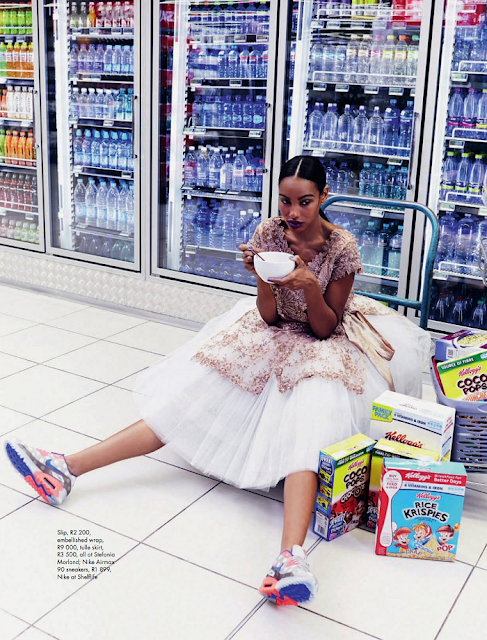 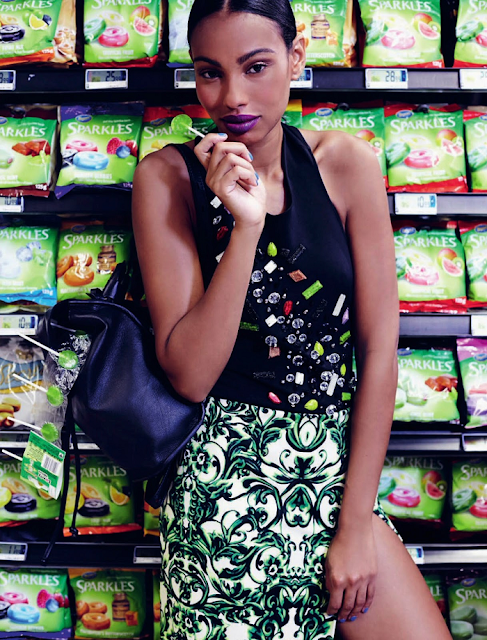 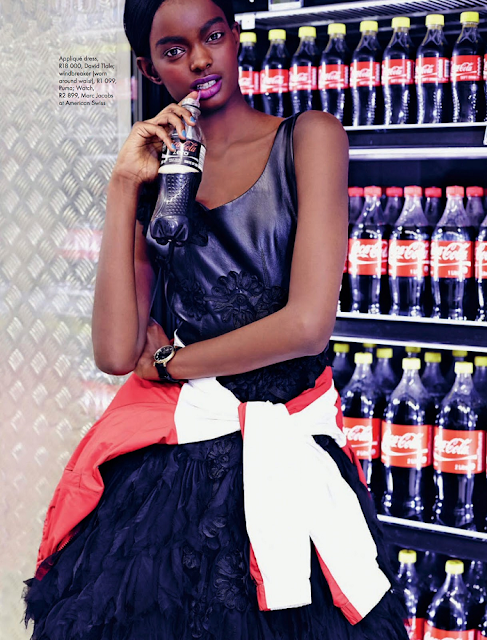 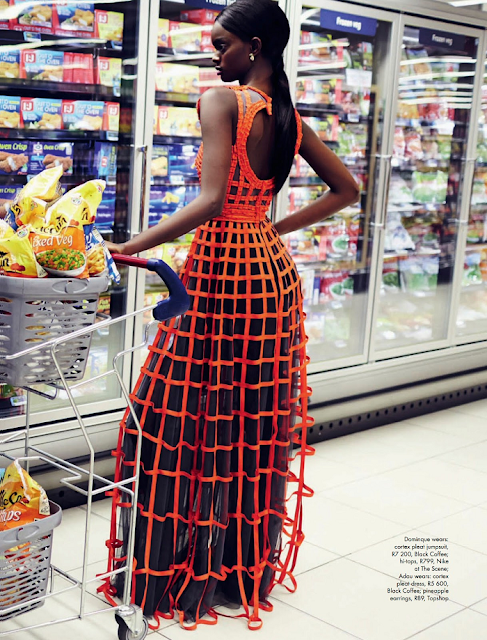 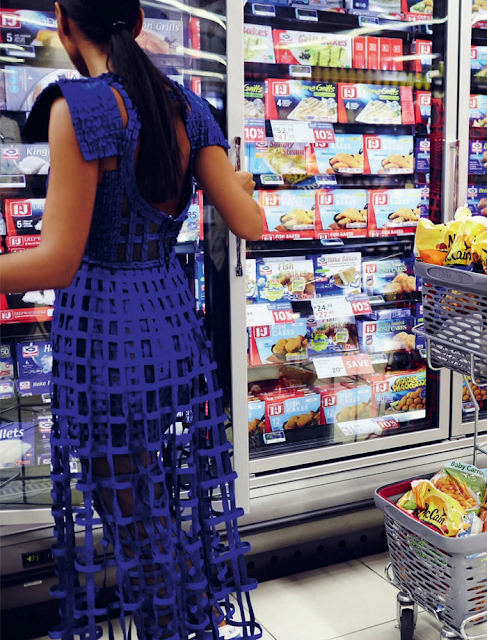 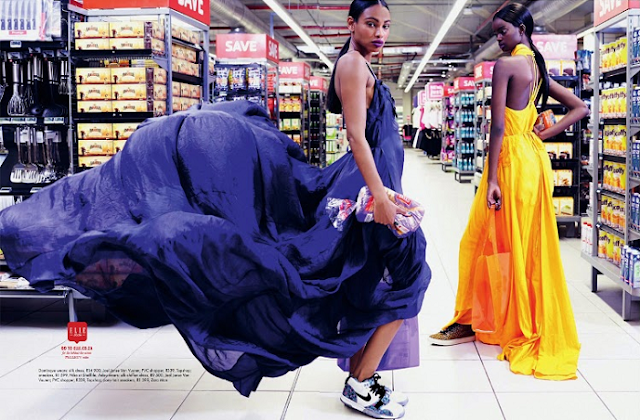