Jourdan Dunn: The First Black Model to Cover Vogue UK in Over a Decade 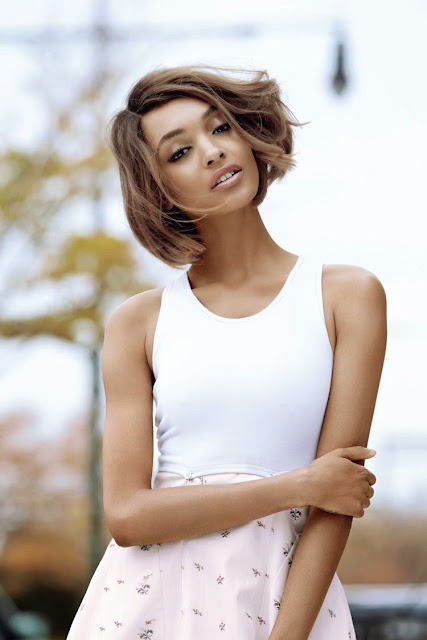 2015 is starting off on a high note for supermodel Jourdan Dunn as she lands her very first solo cover of Vogue UK. Although this is a personal victory for Jourdan, this is also a victory in the never-ending battle of diversity on the cover of fashion magazines. Jourdan is the first black model to get her own Vogue UK cover in 12 years, and the only model of color to be on the cover in over a year. A very peculiar statisitc considering the amount of fashionable non-white readers who are large consumers of the publication. Something you wouldn't guess by judging its past cover girls. Mainstream media tends to hypnotize us into believing that black beauty is celebrated because it publicly coos over the likes of Beyoncé and Lupita Nyong'o, and yet numbers alone reveal an uncomfortable truth. 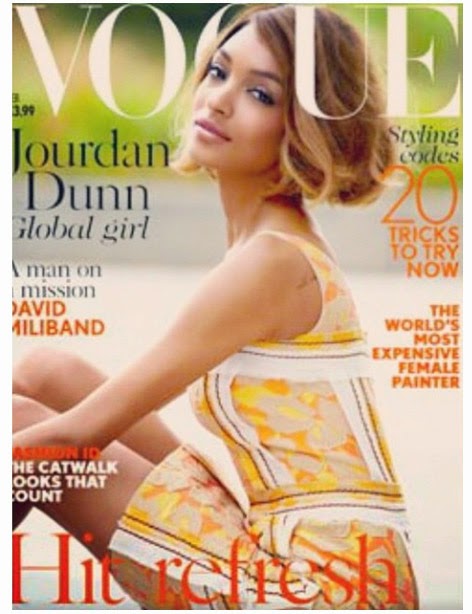 Facts aside, the last thing I want to do is undermine this moment. Yes, this took entirely too long to come to fruition. Yes, her complexion appears to be altered. Yes, that’s annoying. However, she had an amazing year in 2014 and this cover is the proof. She broke down barriers, made history, and proved that supermodels can also be adequate role models. Congratulations on your Vogue UK cover Jourdan, you deserve it.
Labels: Black Models, Black Women On Vogue, British Vogue, COVERS, Fashion of Culture Blog, INDUSTRY NEWS, Jourdan Dunn, Prada, Sabrina Dunn, Vogue UK