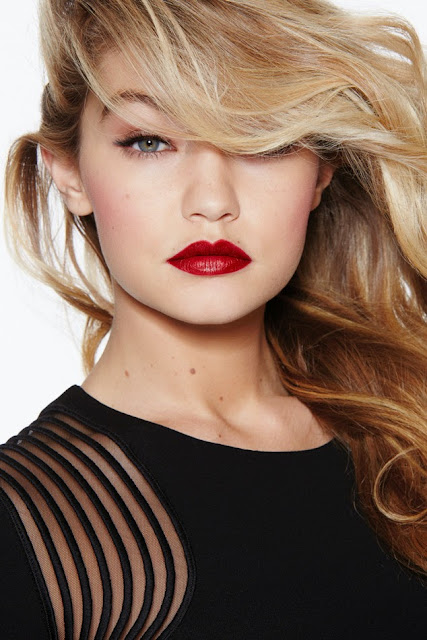 Young stunner Gigi Hadid lands a major commercial campaign as the new face of Maybelline New York, making her the first Palestinian model to land such a gig with the major cosmetic brand. Hadid is Arab on her father’s side, real estate mogul Mohamed Hadid, and Dutch on her mother’s side, model/Real Housewife Yolanda Foster. The bi-racial beauty has enjoyed a blossoming career since signing with IMG Models in 2011, and has been featured in campaigns for Victoria’s Secret, Tom Ford, and Guess. At only 19 she is one of the industry’s  most sought after “it girls” along with her younger sister Bella Hadid. The new campaign will be released this fall.

Hadid posted a teaser of sorts on to her Instagram account telling her fans the exciting news. The brand says they chose her because she is known for her “confident, fun, [and] seductive spirit.” However, I’m sure they were also taking a page out of the Estée Lauder playbook by casting a major “celebrity model” with a large online following to represent the brand. With 1.5 million followers on Instagram, Hadid is bringing some serious exposure to the brand through a new and young demographic, who are very... let’s say, brand loyal. Now that’s a marketing edge that money just can’t buy, especially these days. Win-win.
Labels: Arab Models, Bella Hadid, CAMPAIGNS, Fashion of Culture, Fashion of Culture Blog, Gigi Hadid, INDUSTRY NEWS, Maybelline, Maybelline New York, MODELS, Palestinian models, Sabrina Dunn