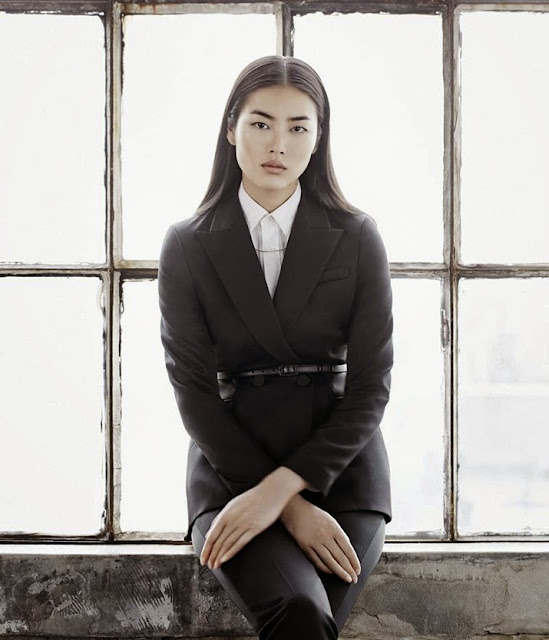 Liu Wen is a favorite here at Fashion of Culture, she’s an extraordinary beauty who has consistently broken barriers for Asian women in the fashion industry. Standing as a symbol of beauty in a world that often ignores the looks of women like her, Liu Wen became the first Asian woman to be the face of major cosmetic brand Estée Lauder, as well as the first Asian woman to become a Victoria’s Secret Angel. In this touching essay originally posted on Vogue, Liu writes about her life growing up in China where her looks were considered far from beautiful as she was teased for her dainty eyes and tall frame, as well as her personal struggles as an Asian model. Continue below to read.

Beautiful. It’s one of those rare words that describes itself. In Mandarin Chinese, there are two common expressions that capture its meaning: “美丽” (Mei li) or its more informal counterpart,“漂亮” (Piao liang). Both inspire happiness but also invite controversy, for their meanings can be simultaneously vast and narrow. Since childhood, I have traversed back and forth across these meanings as I worked to find this word’s definition within my own life.

Growing up in southern China, people in my hometown seldom called me piao liang, because my smaller eyes were a far cry from the wide irises of the most beloved television actresses. Further, I was tall and awkward and tended to dress more androgynously as comfort was always my priority. Towering over classmates, I developed a habit of bending down when speaking to others, as if my back was permanently hunched. Many called me “Mulan,” since I always blended in with the male students much more easily than the female students. Since she was such an honorable and respected character in our culture, I accepted the association quite happily—even if being outwardly “beautiful” was never in my destiny, I at least wanted to personify her confidence.

And then came 2008. In the summer of that year, I traveled to New York City for the very first time, as I hoped to continue my budding career as a model. The buildings radiated grandeur through their heights alone, and just as in China, the people milled about every block, everyone contributing their part to the greater scheme. Surprisingly, this wasn’t the same steel-and-concrete jungle I had expected. Rather than a cold, aloof place, it was actually saturated with energy and warmth.

I only knew three English phrases—“hello,” “thank you,” and “goodbye”—but everyone I encountered accepted this limitation with genuine smiles. In this still-unfamiliar city, I developed both friendships and dreams. In truth, my aspirations were never as grand as the city’s skyscrapers. Rather, they resembled the plain T-shirts I wore in my younger years—straightforward, unembellished. I hoped to make the most of the rare opportunity and work diligently, not only to support my family but also to make them proud. In some ways I adopted the fundamental ideals of Mulan herself.

Every now and then I was told, “You’re beautiful.” Hearing this always brought a slight shock at first. After years of receiving the opposite sentiment, it wasn’t so easy to accept the word beautiful. I thought people were using the most general description to accommodate my limited vocabulary, and so I moved on with job after job, nodding at the occasional compliment while never fully believing them. In truth, the word was even less familiar to me than the new place I called home.

Though it was only six years ago, the industry’s knowledge of Asian models—much less Chinese models—was quite limited. Great names like Du Juan and Ai Tominaga still resonated in people’s memories, but few others did, which struck me as ironic, considering the fashion business thrived so much in my homeland. I confess that in many respects I was lucky—I debuted on the international catwalks just as many important brands had begun to pay fervent attention to the Chinese market. Even hair and makeup styles seemed more suitable for East Asian features than they had before. Slowly but surely, the runways finally became peppered with the black hair of me and my compatriots, and back home, the fashion press lovingly dubbed us the “Chinese Model Army.” We embraced the moniker ourselves; it strengthened our bond as we traveled to all these foreign places and allowed us to penetrate the local headlines with more ease.

As I worked more and more, I took on the role of student in the most prestigious of schools—every encounter with people in the industry became an invaluable lesson to absorb. I grew into my understanding of the business at a rapid pace. Though I was still young at heart, my budding self-confidence became more prominent, often carrying me through the most hectic of schedules.

Then, in 2010, everything changed again, when Estée Lauder announced that I would be its first-ever Asian global spokesmodel. The moment was life-changing, to say the least. Overnight, the image of me as an independent, confident young woman was embraced as beautiful. And this development catalyzed a change in my own beauty ideals. The stereotypes of Asian women as submissive and dainty were fading. Instead, my fellow Asian models and I were more often depicted as adventurous, assertive, career-oriented women who always did our best despite the challenges we faced overseas. We might or might not possess physical features that fit traditional Asian views of beauty, but the fact that we represented modern ideas, combining the best of multiple cultures, became far more important. Through avenues like social media, we were able to use our voices to share these ideas around the world. The shift has been gradual, but when I consider the fans who continue to follow our careers—the encouragement they share on our social channels, the photos they proudly take with our advertisements—they all become affirmations of these profound changes in perspective. More and more, our persistence and confidence serve as reflections of our beauty. There’s no longer just one narrow reason for admiration and respect. From my eyes, Mulan was incredibly beautiful in boundless ways, too.

My name is Liu Wen and, even after all these years, I’m still the same Liu Wen at my core. I don’t know if I can ever truly represent what “beautiful” means in my native culture, but I hope that in both China and beyond, I can help more people understand how a definition of beauty can encompass more elements than ever before. 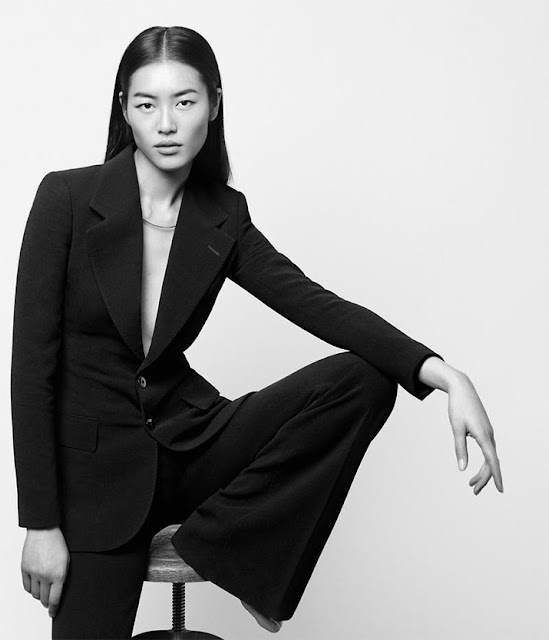